Quality Controlled Manufacturing Inc. was founded by William “Bob” Grande in October 1978 in his 1000 sq. ft. garage in Santee, California with one employee. Ideally located east of San Diego in San Diego County, in just eight short years, QCMI expanded its facility space to 7,000 sq. ft. and had 10 employees. In 1991 QCMI received our first of many awards with the Hamilton Sundstrand “Total Quality Performance Award.” With business and contracts continuing to increase, in 1992 Bob and a team of 35+ engineers, machinists and admin moved into a 27,000 sq. ft. facility in Lakeside, California. 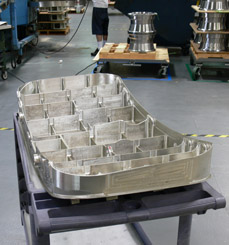 Over the years, our precision manufacturing firm continued to gain a foothold in production runs of highly complex parts and assemblies — runs that demanded stringent quality requirements. With exponential growth, in 2008 Bob purchased our 9429 Abraham Way building in Santee. This renovated, high-end manufacturing facility serves as our corporate headquarters — with 65,000 sq. ft. of space. With the 27,000 sq. ft. Lakeside facility and a 6,000 sq. ft. research and development center in El Cajon, California — the three facilities encompass a total of 98,000 sq. ft.  Currently QCMI has more than 95 employees. 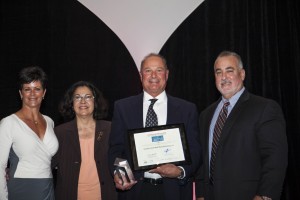 QCMI received the 2014 Family-Owned Business of the Year Award in the 51-150 employee category from the San Diego Business Journal on April 3, 2014. The company was recognized as one of San Diego’s outstanding family-owned companies, based on its longevity, sustained growth and community involvement in the San Diego region.  Left to Right: Garet Robison, Bill Grande, Jeff Grande, Bob Grande, Tom Grande (Doug Grande not shown). 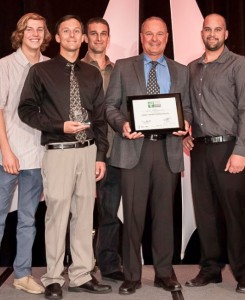 On February 24, 2014, QCMI was issued the USA Department of Transportation, Federal Aviation Administration (FAA) Air Agency Certificate. An Air Agency Certificate authorizes a repair station to perform maintenance on airplanes and airplane parts. Aircraft repair stations are required to certify the airworthiness of the parts on which they have performed maintenance. Upon finding that QCMI complies in all respects with the requirements of the Federal Aviation Regulations relating to the establishment of an Air Agency, QCMI was issued the certificate and is authorized to operate an approved FAA repair station with the following ratings: Limited Accessory and Non-Destructive Testing.

On December 4, 2012 QCMI received the prestigious 2012 San Diego BBB Torch Award for Marketplace Ethics in the 25-to-99 employee category. In addition QCMI was named the San Diego Society for Human Resource Management 2012 Workplace Excellence Awards’ Marble Winner in the under 150 employee category.

QCMI was recognized as one of the San Diego’s Top 100 Fastest Growing Private Companies — based on percentage of growth from 2009 through 2011. 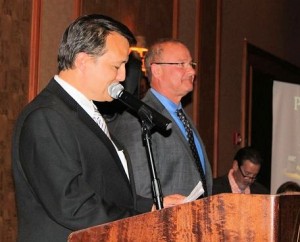 In addition, in December 2011 Bob was honored as a San Diego Most Admired CEO by the San Diego Business Journal for his exceptional vision and leadership of Quality Controlled Manufacturing Inc. The prestigious award recognized Bob’s more than 34 years of contributions to his award-winning family-owned company, employees, customers and the San Diego community. In addition QCMI received the San Diego East County Chamber of Commerce 2012 Manufacturing & Construction Award. 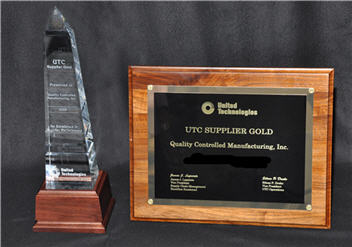 Award winning QCMI holds the prestigious United Technologies Corp. (UTC) Supplier Gold designation for five consecutive years (2008, 2009, 2010, 2011, 2012 and 2013). We are ISO 9001/AS9100 registered, Nadcap accredited for Nondestructive Testing and ITAR registered. Our team performs to high standards including excellent quality, reliable delivery, competitive pricing and customer satisfaction. Practicing the exacting standards above has enabled QCMI to become a premier supplier to all our customers.

QCMI has been doing business with some customers for over two decades. Our company’s implementation of lean manufacturing and Six Sigma Methodology has contributed to the foundation that has enabled QCMI to continue to grow even when the overall industry slowed.

“When I founded QCMI in 1978, our goal was to become a world-class complex machining manufacturer,” said Bob Grande, President and CEO. “Reaching this, our 35-year milestone, is a dream come true for our management team and employees.”

We welcome all inquiries and encourage a visit so you can see firsthand the way we are “Defining the Future In Manufacturing.”